Exclusive: The Strongest Evidence Yet That America Is Botching Coronavirus Testing

“I don’t know what went wrong,” a former CDC chief told The Atlantic.
It’s one of the most urgent questions in the United States right now: How many people have actually been tested for the coronavirus?

This number would give a sense of how widespread the disease is, and how forceful a response to it the United States is mustering. But for days, the Centers for Disease Control and Prevention has refused to publish such a count, despite public anxiety and criticism from Congress. On Monday, Stephen Hahn, the commissioner of the Food and Drug Administration, estimated that “by the end of this week, close to a million tests will be able to be performed” in the United States. On Wednesday, Vice President Mike Pence promised that “roughly 1.5 million tests” would be available this week.

But the number of tests performed across the country has fallen far short of those projections, despite extraordinarily high demand, The Atlantic has found.


Read: You’re likely to get the coronavirus
“The CDC got this right with H1N1 and Zika, and produced huge quantities of test kits that went around the country,” Thomas Frieden, the director of the CDC from 2009 to 2017, told us. “I don’t know what went wrong this time.”


Through interviews with dozens of public-health officials and a survey of local data from across the country, The Atlantic could only verify that 1,895 people have been tested for the coronavirus in the United States, about 10 percent of whom have tested positive. And while the American capacity to test for the coronavirus has ramped up significantly over the past few days, local officials can still test only several thousand people a day, not the tens or hundreds of thousands indicated by the White House’s promises.

To arrive at our estimate, we contacted the public-health departments of all 50 states and the District of Columbia. We gathered data on websites, and we corresponded with dozens of state officials. All 50 states and D.C. have made some information available, though the quality and timeliness of the data varied widely. Some states have only committed to releasing their numbers once or three times a week. Most are focused on the number of confirmed cases; only a few have publicized the number of people they are capable of testing.


Read: The official coronavirus numbers are wrong, and everyone knows it
The Atlantic’s numbers reflect the best available portrait of the country’s testing capacity as of early this morning. These numbers provide an accurate baseline, but they are incomplete. Scattered on state websites, the data available are not useful to citizens or political leaders. State-based tallies lack the reliability of the CDC’s traditional—but now abandoned—method of reporting. Several states—including New Jersey, Texas, and Louisiana—have not shared the number of coronavirus tests they have conducted overall, meaning their number of positive results lacks crucial context.
The net effect of these choices is that the country’s true capacity for testing has not been made clear to its residents. This level of obfuscation is unexpected in the United States, which has long been a global leader in public-health transparency.
The figures we gathered suggest that the American response to the coronavirus and the disease it causes, COVID-19, has been shockingly sluggish, especially compared with that of other developed countries. The CDC confirmed eight days ago that the virus was in community transmission in the United States—that it was infecting Americans who had neither traveled abroad nor were in contact with others who had. In South Korea, more than 66,650 people were tested within a week of its first case of community transmission, and it quickly became able to test 10,000 people a day. The United Kingdom, which has only 115 positive cases, has so far tested 18,083 people for the virus.

Normally, the job of gathering these types of data in the U.S. would be left to epidemiologists at the CDC. The agency regularly collects and publishes positive and negative test results for several pathogens, including multiple types of the seasonal flu. But earlier this week, the agency announced that it would stop publishing negative results for the coronavirus, an extraordinary step that essentially keeps Americans from knowing how many people have been tested overall.
Read: What you can do right now about the coronavirus
“With more and more testing done at states, these numbers would not be representative of the testing being done nationally,” Nancy Messonnier, the chief CDC official for respiratory diseases, said at the time. “States are reporting results quickly, and in the event of a discrepancy between CDC and state case counts, the state case counts should always be considered more up to date.”

Then, last night, the CDC resumed reporting the number of tests that the agency itself has completed, but did not include testing by state public-health departments or other laboratories. Asked to respond to our own tally and reporting, the CDC directed us to Messonnier’s statement from Tuesday.


Our reporting found that disorder has followed the CDC’s decision not to publish state data. Messonnier’s statement itself implies that, as highly populous states like California increase their own testing, the number of people the CDC reports as having been tested and the actual number of people tested will become ever more divergent. The federal tally of positive cases is now also badly out of date: While the CDC is reporting 99 positive cases of the coronavirus in the United States, our data, and separate data from Johns Hopkins University, show that the true number is well above 200, including those on the Diamond Princess cruise ship.
The White House declined to comment.
The haphazard debut of the tests—and the ensuing absence of widespread data about the epidemic—has hamstrung doctors, politicians, and public-health officials as they try to act prudently during the most important week for the epidemic in the United States so far.
Our reporting found that the capacity to test for the coronavirus varies dramatically—and sometimes dangerously—from state to state.

California claims the highest testing capacity of any state, and has tested the most individuals so far. As of yesterday afternoon, it had tested 516 people, with 53 positive cases, a spokesperson for the Department of Health told us. The department now has the capacity to test 6,000 people every day, and it expects that capacity to expand to 7,400 people a day starting today, the spokesperson said.
Washington State, the site of the country’s largest outbreak thus far, can test roughly 1,000 people a day. The state health department’s laboratory can test 100 people a day; the rest of the testing is being done at the University of Washington’s Virology Lab. Officials have found 70 positive cases in Washington so far, though a genetic study has estimated that there may be hundreds of untested people who have COVID-19 in the greater Seattle area.
Read: The problem with telling sick workers to stay home
Oregon, situated between the California and Washington hot spots, can test only about 40 people a day. Texas has 16 positive cases, according to media reports, but the health department’s website still lists only three cases. The Texas Tribune has reported that the state can test approximately 30 people a day.

Other states can test even fewer. Hawaii can test fewer than 20 people a day, though it could double that number in an emergency, an official told us. Iowa has supplies to test about 500 patients a day. Arkansas, though not near a current known outbreak, is able to test only four or five patients a day.

On the East Coast, testing capacity varies significantly. New York State has 22 positive cases, including several cases of community transmission in Manhattan and Brooklyn. It can test 100 to 200 people a day. Neighboring New Jersey and Connecticut have not shared any information about how many tests they have run, or about their daily testing capacity.

Pennsylvania can test only about a dozen people a day, and Delaware can test about 50 people, our survey found. An official in Massachusetts, where two of 20 tests have come back positive, said that she did not know the Bay State’s daily capacity, but that its health department “currently [has] an adequate supply of test kits.”
Read: The gig economy has never been tested by a pandemic

These data come with an important caveat. Currently, most labs require two specimens to test one person. Single-specimen testing capability is being developed, but right now the top-line number of available tests should be cut in half. In other words, “1.5 million tests” should be able to test roughly 750,000 people. Some states, such as Colorado, told us how many specimens they could test a day (160), not how many patients (about 80). Other states shared the number of patients they could test, but not the number of specimens. In this story, we’ve standardized these numbers by dividing any specimen figure by two to give an estimate of the number of patients who can be tested.
Our reporting found that three factors determine the number of people who are tested for the coronavirus.
The first factor is the availability of tests. Until recently, very few physical tests were available, because of a mistake that the CDC made with a crucial component. The White House has pushed for and highlighted a massive increase in available tests, to perhaps 1 million in the next week. But labs have to be trained on how to set up and execute the relatively complex procedure.

The second factor is that the CDC sets the parameters for state and local public-health staff regarding who should be tested. The agency’s guidelines were very strict for weeks, focusing on returning international travelers. Even as they have been loosened in the past few days, there are persistent reports that people—including a sick nurse who had cared for a coronavirus patient—have not been able to get tested.
Finally, the more people who contract the illness, the greater the demand for testing. Some weeks ago, the number of cases in the United States was probably much, much smaller than today. The upshot is that there is likely to be an explosion of Americans tested for the coronavirus in the next week, led by California and Washington, each of which has a substantial number of cases and has shown signs that the virus is spreading.


Even in an emergency, laboratories cannot be spun up immediately. The University of Washington, which appears to have the country’s largest testing capacity outside of California—it can test up to 1,000 people a day—has been working on its own coronavirus test for several weeks. 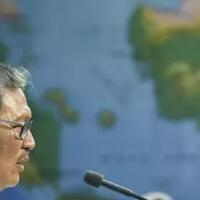 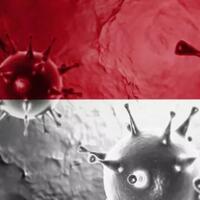 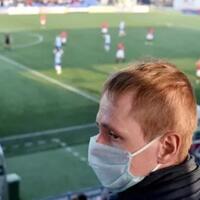 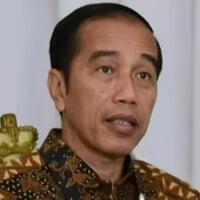 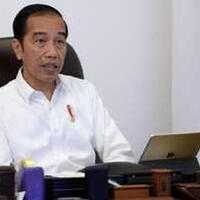 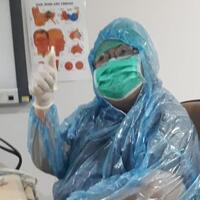 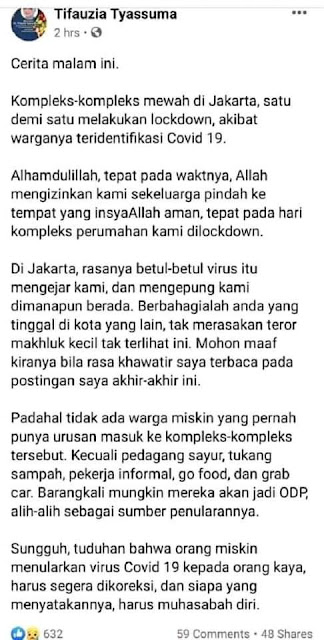 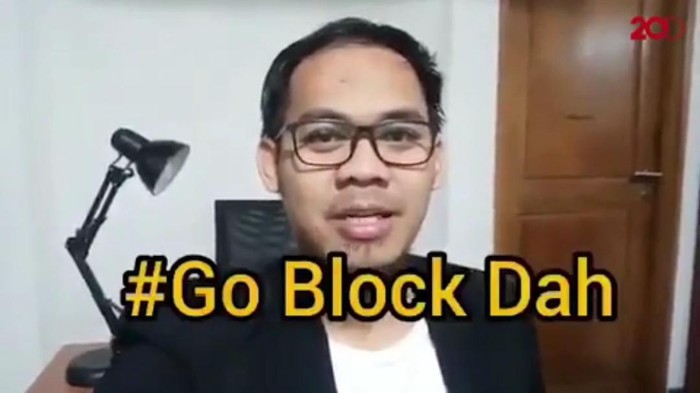