[LOVE LETTER 4] To You, My Past : Who Left Billions of Nucleotides In Me Dear,
My Past, who left half of the three billions nucleotides into the whole me.
-in that messy place, of course.


How are you? Is it still convenient for me to call you with the old designation? An epithet that i will not pin it to anyone as ever. Because the epithet i must addressed to you is no ordinary. But an epaulette to represent the feeling we should have and shares with each other.

A feeling that is tightly bound to an irreplaceable, unbroken relationship...

Words can be revealed as you and i are no longer together.
Confession able to state you and i have nothing to do anymore.
A statement can be uploaded to formalize the excluded me.
Questions can be downloaded to anchor homesickness masked in hatred.

But if one strand of my hair has examined in the equation with a drop of your blood, we are totally have some similar proton & neutron.
Billions of nucleotides... Billions.

Last night, i scrolling the homepage of social media, and there i was find an article. About you, who announced that Pervert will taking control everything in the middle of this year.

Is it because my message three nights ago, the message that you didn't reply to? Is that your reason?
I ask but doesn't mean not to agree, especially not to hate your hasty decision. What's more, in hope if you still want me get back for the undue things you want me to. Because i don't care about all those problems.

I asked you because i need your answer as a checkpoint to measuring your hatred towards me after reading my message.

Honestly, if i have to write about him, my beloved BO that you curse as he should be an incarnation of satan. Then even for a thousand years and hundreds of millions of copies... I'll work on it, word by word.
Because the tears that accompanies me in remembrance of him are always be the things i like. The pain he left in that mysteriousness will forever experienced as happiness.

But not about you, my Past.
This aching, and pain i have to suffer... It's act so unremarkably, could tear me and instantly make me like a crazy.

As for what happen right now, at this exact seconds which is racing against this veins, i aimlessly wandering until four blocks in the middle of the night. With tears flowing like a spring.

Just to reveal, preach, implying...
You and i are truly inseparable being.

Maybe i'll come back later... But it's not for what you all had always think. I might come back, ja? But the reason is not for them, not for those shiny things, not for anything that always penetrates your brain.
Except, you (!) my Past.

In totality over how far i am going now... For the sake of my own efforts, i can't meet you soon.

Because if we have to meet...
You might be love to slap me without grace, to satisfying your lustrous obscenities over our gold memories.
I might even trigger you to launch any attacks as much as you feel pisses, ja?

But later when i return, i want to be there when someone intercedes for our play, our drama, fighting despite love.
That someone, is the figure who still blanket under plots of the future. The only figure who can be an intermediary if we meet. A natural cure between us.

A figure that you'd like to embrace, to experienced pickaback once again after our hard years.
A figure that able to trigger you to launch attacks in the form of warm kisses, ja? You know that i might come back.
Because i still...
You are still my love.
Unfortunately...
It's happened with you tho.
Ja, Mammah?

Quote:
Let me just give up
Let me just let go
If this isn't good for me...
Well, i don't wanna know! 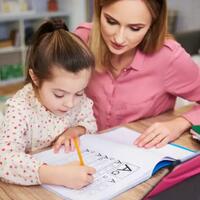 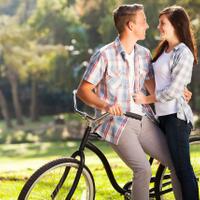 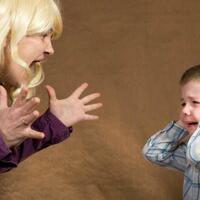 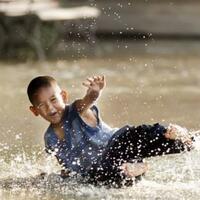