Main articles: Copper alloys in aquaculture and Copper sheathing
Copper is biostatic, meaning bacteria and many other forms of life will not grow on it. For this reason it has long been used to line parts of ships to protect against barnacles and mussels. It was originally used pure, but has since been superseded by Muntz metal and copper-based paint. Similarly, as discussed in copper alloys in aquaculture, copper alloys have become important netting materials in the aquaculture industry because they are antimicrobial and prevent biofouling, even in extreme conditions[116] and have strong structural and corrosion-resistant[117] properties in marine environments.

Main articles: Antimicrobial properties of copper and Antimicrobial copper-alloy touch surfaces
Copper-alloy touch surfaces have natural properties that destroy a wide range of microorganisms (e.g., E. coli O157:H7, methicillin-resistant Staphylococcus aureus (MRSA), Staphylococcus, Clostridium difficile, influenza A virus, adenovirus, and fungi).[118] Some 355 copper alloys[clarification needed] were proven to kill more than 99.9% of disease-causing bacteria within just two hours when cleaned regularly.[119] The United States Environmental Protection Agency (EPA) has approved the registrations of these copper alloys as "antimicrobial materials with public health benefits";[119] that approval allows manufacturers to make legal claims to the public health benefits of products made of registered alloys. In addition, the EPA has approved a long list of antimicrobial copper products made from these alloys, such as bedrails, handrails, over-bed tables, sinks, faucets, door knobs, toilet hardware, computer keyboards, health club equipment, and shopping cart handles (for a comprehensive list, see: Antimicrobial copper-alloy touch surfaces#Approved products). Copper doorknobs are used by hospitals to reduce the transfer of disease, and Legionnaires' disease is suppressed by copper tubing in plumbing systems.[120] Antimicrobial copper alloy products are now being installed in healthcare facilities in the U.K., Ireland, Japan, Korea, France, Denmark, and Brazil[citation needed] and in the subway transit system in Santiago, Chile, where copper-zinc alloy handrails will be installed in some 30 stations between 2011 and 2014.[121][122][123] Textile fibers can be blended with copper to create antimicrobial protective fabrics.[124]

Copper surfaces have an antimicrobial 'halo' effect on surrounding non-copper materials. This effect is also helpful in reducing the presence of bacteria in healthcare environments. Research implemented in the neonatal intensive care unit (ICU) at Aghia Sofia Children's Hospital in Greece showed that non-copper surfaces up to 50 centimeters from the antimicrobial copper surfaces exhibited a microbial reduction of 70% compared to surfaces not in such close proximity. The halo effect was first observed during trials at a U.S. outpatient clinic in 2010.[47]


The oligodynamic effect was discovered in 1893 as a toxic effect of metal ions on living cells, algae, molds, spores, fungi, viruses, prokaryotic, and eukaryotic microorganisms, even in relatively low concentrations.[3] This antimicrobial effect is shown by ions of copper as well as mercury, silver, iron, lead, zinc, bismuth, gold, and aluminium.

In 1973, researchers at Battelle Columbus Laboratories[4] conducted a comprehensive literature, technology and patent search that traced the history of understanding the "bacteriostatic and sanitizing properties of copper and copper alloy surfaces", which demonstrated that copper, in very small quantities, has the power to control a wide range of molds, fungi, algae and harmful microbes. Of the 312 citations mentioned in the review across the time period 1892–1973, the observations below are noteworthy:

Copper inhibits Actinomucor elegans, Aspergillus niger, Bacterium linens, Bacillus megaterium, Bacillus subtilis, Brevibacterium erythrogenes, Candida utilis, Penicillium chrysogenum, Rhizopus niveus, Saccharomyces mandshuricus, and Saccharomyces cerevisiae in concentrations above 10 g/L.[5]
Candida utilis (formerly, Torulopsis utilis) is completely inhibited at 0.04 g/L copper concentrations.[6]
Tubercle bacillus is inhibited by copper as simple cations or complex anions in concentrations from 0.02 to 0.2 g/L.[7]
Achromobacter fischeri and Photobacterium phosphoreum growth is inhibited by metallic copper.[8]
Paramecium caudatum cell division is reduced by copper plates placed on Petri dish covers containing infusoria and nutrient media.[9]
Poliovirus is inactivated within 10 minutes of exposure to copper with ascorbic acid.[10]
A subsequent paper[11] probed some of copper's antimicrobial mechanisms and cited no fewer than 120 investigations into the efficacy of copper's action on microbes. The authors noted that the antimicrobial mechanisms are very complex and take place in many ways, both inside cells and in the interstitial spaces between cells.

Examples of some of the molecular mechanisms noted by various researchers include the following:

The 3-dimensional structure of proteins can be altered by copper, so that the proteins can no longer perform their normal functions. The result is inactivation of bacteria or viruses[11]
Copper complexes form radicals that inactivate viruses.[12][13]
Copper may disrupt enzyme structures, and functions by binding to sulfur- or carboxylate-containing groups and amino groups of proteins.[14]
Copper may interfere with other essential elements, such as zinc and iron.
Copper facilitates deleterious activity in superoxide radicals. Repeated redox reactions on site-specific macromolecules generate HO• radicals, thereby causing "multiple hit damage" at target sites.[15][16]
Copper can interact with lipids, causing their peroxidation and opening holes in the cell membranes, thereby compromising the integrity of cells.[17] This can cause leakage of essential solutes, which in turn, can have a desiccating effect.
Copper damages the respiratory chain in Escherichia coli cells.[18] and is associated with impaired cellular metabolism.[19]
Faster corrosion correlates with faster inactivation of microorganisms. This may be due to increased availability of cupric ion, Cu2+, which is believed to be responsible for the antimicrobial action.[20]
In inactivation experiments on the flu strain, H1N1, which is nearly identical to the H5N1 avian strain and the 2009 H1N1 (swine flu) strain, researchers hypothesized that copper's antimicrobial action probably attacks the overall structure of the virus and therefore has a broad-spectrum effect.[21]
Microbes require copper-containing enzymes to drive certain vital chemical reactions. Excess copper, however, can affect proteins and enzymes in microbes, thereby inhibiting their activities. Researchers believe that excess copper has the potential to disrupt cell function both inside cells and in the interstitial spaces between cells, probably acting on the cells' outer envelope.[22]
Currently, researchers believe that the most important antimicrobial mechanisms for copper are as follows:

Elevated copper levels inside a cell causes oxidative stress and the generation of hydrogen peroxide. Under these conditions, copper participates in the so-called Fenton-type reaction — a chemical reaction causing oxidative damage to cells.
Excess copper causes a decline in the membrane integrity of microbes, leading to leakage of specific essential cell nutrients, such as potassium and glutamate. This leads to desiccation and subsequent cell death.
While copper is needed for many protein functions, in an excess situation (as on a copper alloy surface), copper binds to proteins that do not require copper for their function. This "inappropriate" binding leads to loss-of-function of the protein, and/or breakdown of the protein into nonfunctional portions.
These potential mechanisms, as well as others, are the subject of continuing study by academic research laboratories around the world.

The oligodynamic effect (from Greek oligos "few", and dynamis "force") is a biocidal effect of metals, especially heavy metals, that occurs even in low concentrations.

In modern times, the effect was observed by Karl Wilhelm von Nägeli, although he did not identify the cause.[1] Scholarly texts from ancient India promoted the use of brass and silver in ritual cleansing practice as well as in consumption of food and drink. The ancient Indian medical text Sushruta Samhita promoted the use of specific metals in surgical procedures as a measure to prevent infection. Brass doorknobs and silverware both exhibit this effect to an extent. 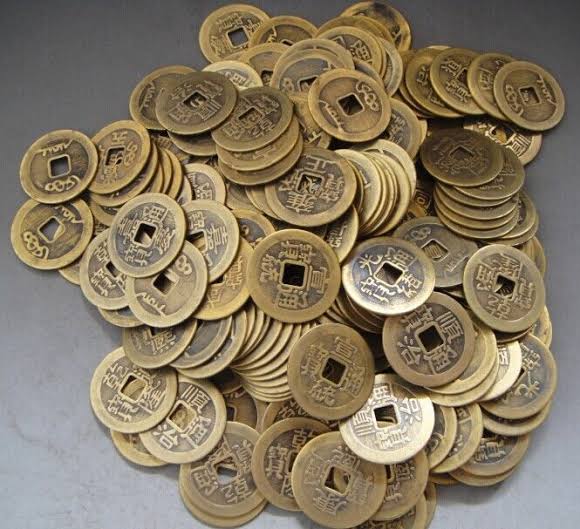 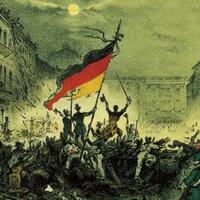 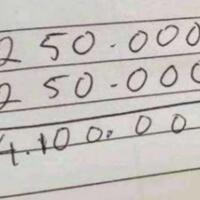 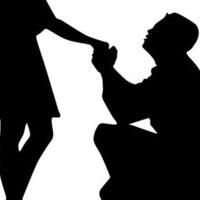 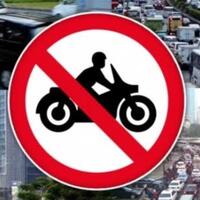 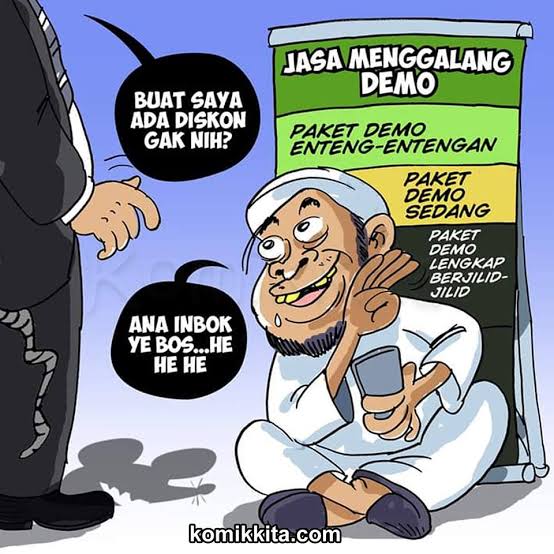 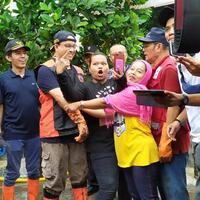 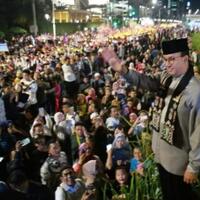 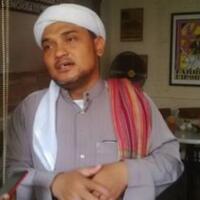