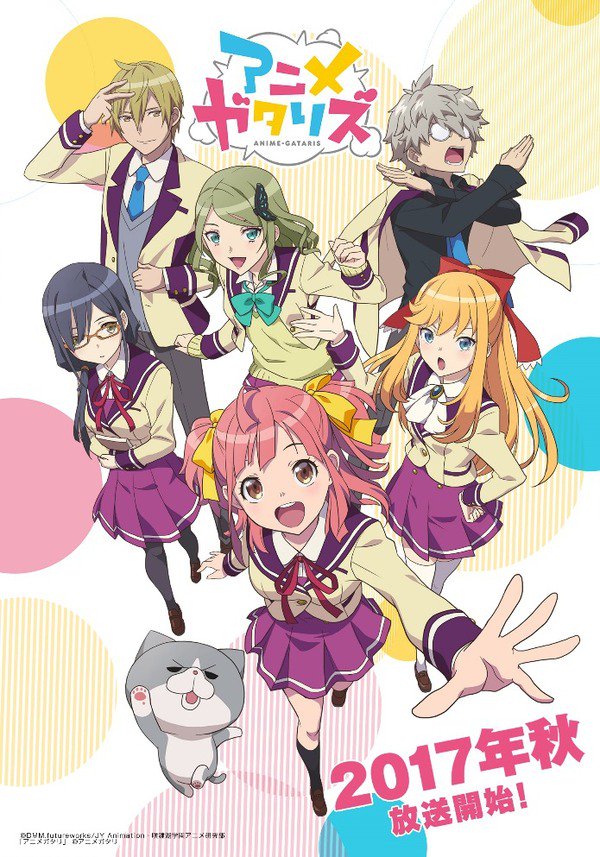 Story
Quote:
Minoa Asagaya entered Sakaneko Gakuen this Spring. As an anime beginner, she is invited by her classmate Arisu Kamiigusa to establish an anime research club together. Upon meeting Miko Kouenji and other upperclassmen who like anime, Minoa is gradually drawn into anime. While they fight against the student council that wants to disband the club, they unknowingly get caught up in the world destruction while enjoying discussing anime at the club room, Akihabara, Onsen, and visiting real-life locations 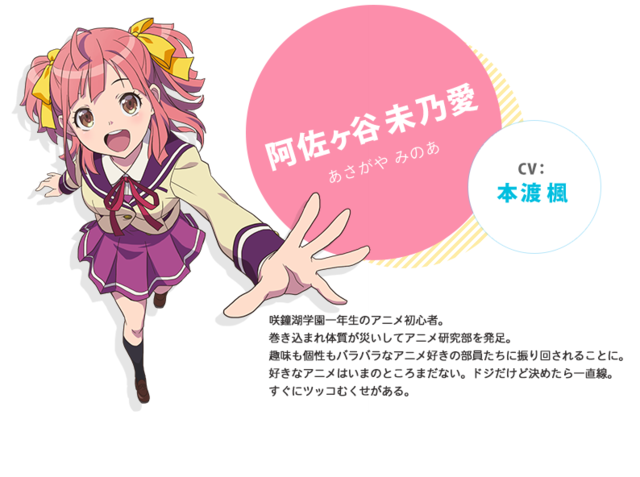 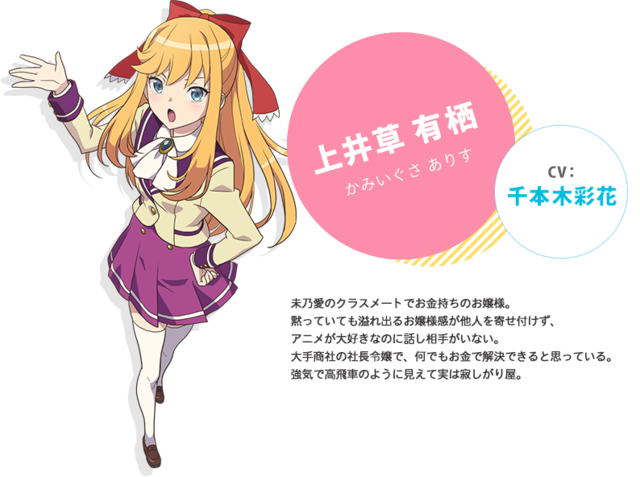 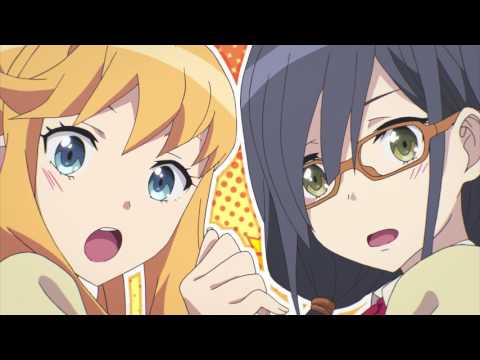 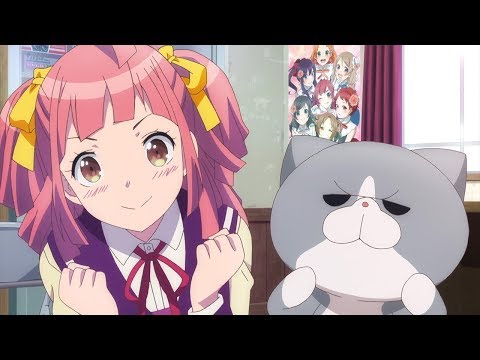 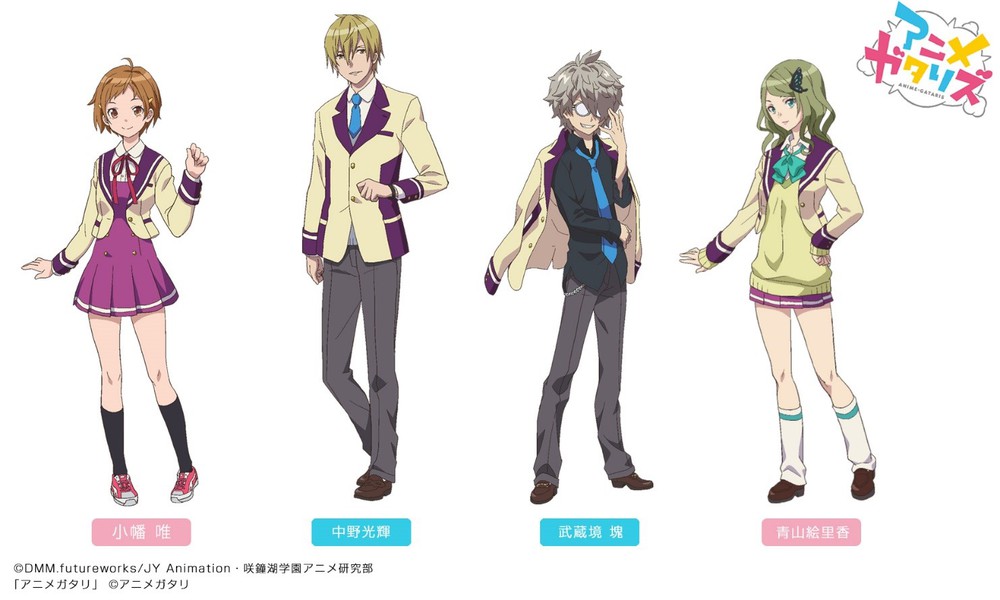 Quote:
The additional cast, including the previously revealed Rie Takahashi, include (left to right, romanizations not official):

Rie Takahashi as Yui Obata, a first-year at Sakaneko High School, and a friend of Minoa. She is a member of the track team. She worries at first about the antics that Minoa gets into at the anime research club, but once she sees Minoa having fun, she accepts and watches over her. She has a lot of secret fans at school. She likes yakiniku.

Junta Terashima as Mitsuki Nakano, a second-year at Sakaneko High School, and a member of the anime research club. His good looks make him popular with the girls. But he is secretly a fan of idol anime. Whenever the topic of a conversation turns to his interests, he undergoes a complete personality change. Minoa looks up to him as a good upperclassman who helped her out in her time of need.

Setsuo Ito as Kai Musashikai, a second-year at Sakaneko High School, and a member of the anime research club. He likes action anime centering on supernatural powers. People tend to stay away from him due to his delusions of grandeur and frequent usage of lines used by action anime protagonists. He is frequently called "Kaikai" by those who know him, even though he hates that name. Ever since Mitsuki ignored Kai's questionable conduct to talk to him, he has been good friends with him.

Anju Inami as Erika Aoyama, a third-year at Sakaneko High School, the president of the anime research club, and Minoa's upperclassman. She generally watches all kinds of anime, but holds a particular fondness for magical girl anime for young girls. She likes to cosplay. She previously lived in the United States due to her parents' job
14-07-2017 18:01
0
Kutip Balas 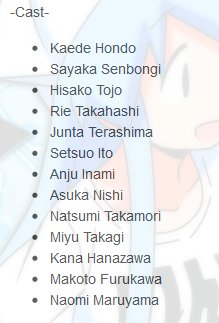 Quote:
Hironori Kondou as Neko-senpai, a mysterious cat-shaped creature who can speak the language of the people in the anime research club room. He seems to have many names. Only Minoa can understand his words. His favorite foods are canned cat food and fish. He sticks his nose into various matters related to anime newbie Minoa and tries to help when it counts, but because a cat can only do so much after all, Minoa generally can't be saved. His favorite anime are beast shows. He's more of a fan of Common Raccoon than Serval.

Inori Minase as Maya Asagaya, Minoa's older sister. She is a third-year high school student in Tokyo and a member of the lacrosse team. She is a kind sister who wakes Minoa every morning and always takes care of her. She saw anime as a child, but she begins to have a bit of an interest in anime when she sees Minoa doing her best in the anime research club. As a polar opposite of Minoa, she is interested in science and technology and has excellent grades. Her favorite microorganism is the water bear. Her favorite type of resistance is carbon resistance. She seems be a senior aspiring for college, and she studies hard for tests.

Ai Kakuma as Ai Asagaya, Minoa's mother. She was involved with the entertainment industry, but she marries Shūgo after her shocking retirement. Her strength is dancing, and she sometimes works as a choreographer for acquaintances even after retirement. She usually calls Shūgo "Papa," but she calls him "Shūgo-kun" when it's just the two of them. She recently started making jar salads after a fellow mom friend got her into them. Her favorite combination is tomatoes and arugula. She was very pleased when she heard Minoa, who is passive compared to her older sister, started club activities. She is a beautiful person and a kind mother.

Kenta Zaima as Shūgo Asagaya, Minoa's father. He works for a major publisher in Tokyo. He is a normal father like those anywhere, but he has his own troubles. He recently hasn't been interfering with his daughters who are at a sensitive age, and he's facing a corporate restructuring crisis. He is happy being surrounded by his beautiful wife and cute daughters, but there seems to have been various circumstances behind his first brush with love. He is extremely interested in Minoa'sclub activities
06-09-2017 13:20
0
Kutip Balas 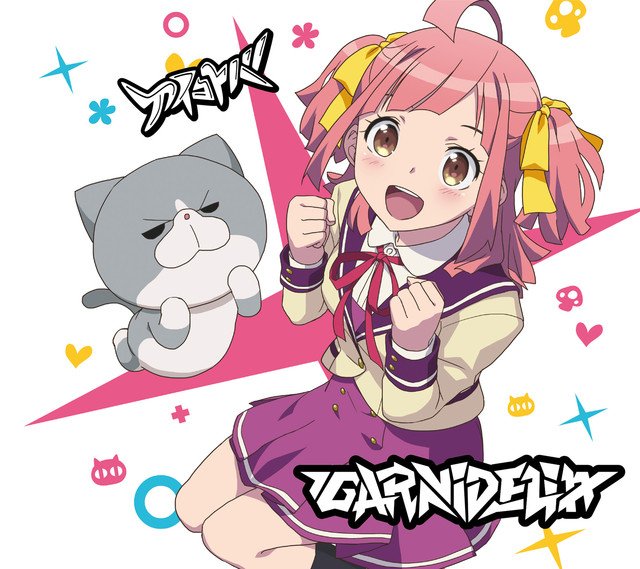 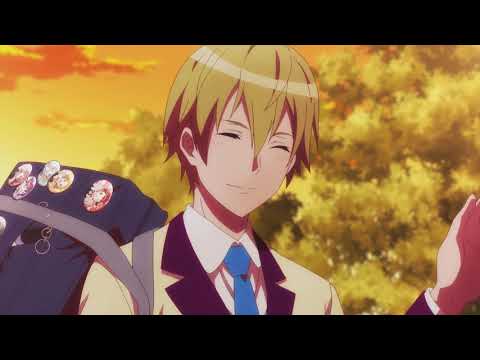