The main protagonist, a high school freshman who takes a part-time job at Wagnaria. He does not want to work, but is forced to take on a part-time job to pay for his personal costs after his father's business went bankrupt. He is an easily annoyed teenager, specially towards his carefree family and towards Miyakoshi's attempts at feeding him chocolate which always end in a disastrous note.
Quote:
Hana Miyakoshi A high school student. She tends to be strict and somewhat unfazed at the strange behavior of her co-workers, except when they fail to do their jobs properly. Hana tends to punch the manager in the face and encourages Higashida to do the same so he does not become as miserable as the manager. Despite being rough on the exterior, she can quickly change her personality to look friendlier (albeit to customers only). She enjoys making chocolates, although they are terrible enough to make people "meet Saint Valentine from down the Heavens".
Quote:
Masahiro Adachi One of the cooks, he has black hair tied in a small ponytail. After he witnesses Sayuri smiling at him, he "suffers" from a fast heart beat everytime he sees her, and mistakes it as a curse.
Quote:
Sayuri Muranushi A girl who shows little expression. For reasons first unknown, she serves an invisible "elder customer" despite the fact she claims to not believe in ghosts, making the issue even more confusing. However it is eventually revealed she can see ghosts as she comes from a family of exorcists, but she simply refuses to believe in such phenomena. She rarely smiles and is said to leaves "questionable reactions" towards people who see it, with Adachi as one of the witnesses.
Quote:
Kisaki Kondō An university student. She behaves and acts like a delinquent and does very little work. When people reprimand her for her conduct, she retorts with trivia questions that are normally left unanswered. Higashida is one of the few people able to respond to her trivia questions, leaving her surprised. She has a daughter whom she usually leaves with her mother who dotes on her granddaughter too much, and just like her mother, seems to be smart.
Quote:
Shiho Kamakura The daughter of a large company, who is always seen with a smile in her face. Seemingly spoiled, arrogant and materialistic, Shiho refers to the people as the "common masses" and often attempts to bribe people with money as her "apology". She has known Shindou since childhood and was rejected by him at some point, which he attributes as the reason of her working despite being economically rich. She frequently bullies and mistreats Shindou due to his previous rejection, using the fact that his father is debt with her father's company as leverage to torment him, despite the fact that she is very much still in love with him, but is unable to express it properly.
Quote:
Yūta Shindō The son of a man whose business is in debt, so he works in several jobs including delivering newspapers and being a host in order to pay the debt, making his situation somewhat similar to Higashida. He considers the job at Wagnaria the most important since he gets leftovers for free. His father's business is a Butcher's Shop whose display is rather gruesome. Shindō and Shiho have known each other since childhood and he rejected her, the event caused her to subsequently torment him as his father is debt with her father's company and she uses this situation as leverage. He's very much oblivious to Shiho's lingering feelings for him, which causes her to bully him even further out of frustration.
PV
Quote:
Spoiler for : 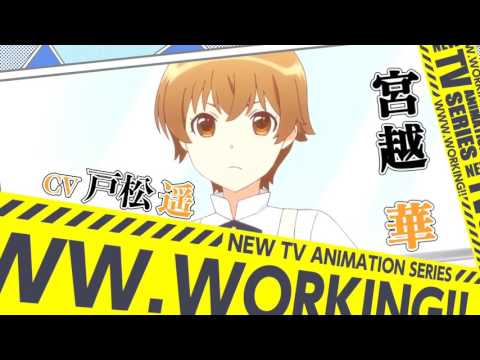 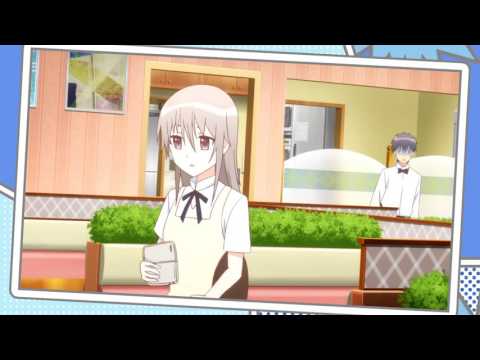