Quote:
Synopsis
The anime is set in a continent ruled by sword and magic called Kuna'an, where a power balance between the Holy Kingdom of Amoria, the Kingdom of Ishilfen, and the Vanrodis Kingdom keeps a peace so unstable that any tragedy that befalls any one kingdom will mean war for the entire continent. Another power, the evil dragon Daganzord, also resides on the continent, and no one is powerful enough to stop him from spreading destruction and charred land in his wake. Two individuals, Bairo and Kismitete, undertook a ritual alongside a party of wizards to seal Daganzord, but were foiled. This event was known thereafter as the Balbagoa Tragedy. Bairo and Kismitete's son Hiiro is saved by Giiru, and Hiiro swears to avenge his parents' deaths and trains himself with the sword. When Hiiro turns 16, he sets out on a journey to slay the dragon, and Giruu accompanies him, having no choice. Along the way, they meet many types of people, and gain companions on their journey. 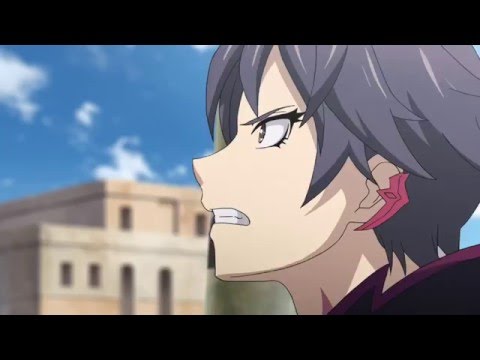 Voice Actor : Yoshitsugu Matsuoka
The protagonist. An apprentice swordsman. When he was younger, his parents were killed by the evil dragon Danguard, and he’s out for vengeance. He grew up receiving sword-fighting training from Giruu.
Quote:
Saraato Voice Actor : Maaya Uchida
An informant that seems to appear from nowhere, much like the wind. Demi-human. Older than Hiiro, she’s a voluptuous, beautiful older sister-esque character. She maintains a neutral attitude towards Hiiro, and it’s unknown whether she is friend or foe.
Quote:
Giruu Voice Actor : Taiten Kusunoki
Half ogre, half human. Hiiro’s father Byro and mother Kismitayte’s attendant. A butler-esque character who has looked after Hiiro in place of his parents since he was young. He is usually quiet and polite.
Quote:
Tomitte

Voice Actor : Arisa Ogasawara
A thief, living in the trading town of Iinsekise. Has a bad mouth. The boss of a band of child pirates, he’s a quick thinker and can beat anyone in a war of words, but will run away from physical fights.
Quote:
Parupa Voice Actor : Youji Ueda
Worked as an accountant for Hiiro's father. Now looks after Hiiro with Giruu, as well as being Hiiro's accountant. In any case, he's very detailed with expenses. Balancing the books is his raison d'être.
Quote:
Nanbuuko Voice Actor : Shunsuke Sakuya
A weapons trader. Gentlemanly on the outside. He's making money off the rivalry between the kingdoms, and is full of selfish desire to increase his earnings, through any means possible. Behind the scenes, he is secretly developing special weapons only he can make, selling information, manipulating the magical stone market, and selling weapons on a large scale to the warring powers. 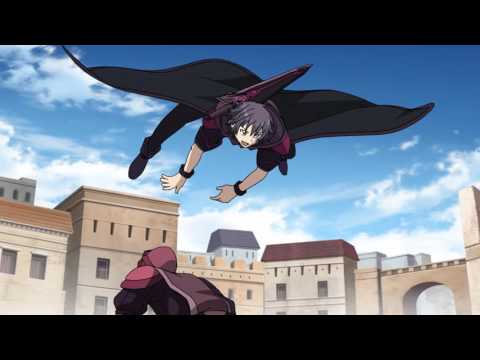