Spoiler for 1:
Quote:
“Just know that people will always try and test you, and no matter what you think, only a real man can walk away.”

Spoiler for 2:
Quote:
“If you think something might be a bad idea, believe it! Don’t do it.” Spoiler for 3:
Quote:
“Never lose the person you really are because it may be too late by the time you find yourself again.” Spoiler for 4:
Quote:
“You must be willing to forgive those that ask or deserve for forgiveness in order to be forgiven yourself.” Spoiler for 5:
Quote:
“I have spent most of my life behind bars and you are worth much more than that.” Spoiler for 6:
Quote:
“Every decision you make affects everyone around you, most importantly your own future.” Spoiler for 8:
Quote:
“We let drinking and drugs shatter our dreams and our potential future.” Spoiler for 10:
Quote:
“Be quick to smile, slow to anger, and treat all people with respect they deserve. That is how you will avoid becoming me.”

Spoiler for A Letter To My Self:
Dear Carey,
Hello, It's me, or you in the future. you're nineteen years old when you're writing this
I'm Writing to tell you something very important.
You are an amazing little boy. You are happy and cute. You. have a big heart.
Your little eyes are big enough to fit the world inside.
You have quite the imagination, dear.

Please, my sweet self, don't ever let that slip away. The future has some beautiful moments,
and you will like the life God gave you. However, your future is also very hard.
You will have to work hard, you will need to be strong, especially when you reach high school.

Carey, no matter what anybody does or says to you, do not let them make you weak,
You are strong soul.
Remember this, you are handsome, loved and You are blessed. You are special, and important.
Never forget, God already have a wonderful plan for your future, and nevert forget to be grateful in all things.

I love you, my young self.
Your Future Self,


Quote:
Original Posted By Reshiram►Hi there!

I know you want to touch and explore everything in this world
But I know, you know what your talent. It might not that great compare to what your friend have. But that's the only thing you've got!
Keep focus on that no matter what. And someday you might be so much better than me in the future Red : There's not a day goes by I don't feel regret. Not because I'm in here, because you think I should. I look back on the way I was then: a young, stupid kid who committed that terrible crime. I want to talk to him. I want to try to talk some sense to him, tell him the way things are. But I can't.That kid's long gone, and this old man is all that's left. I got to live with that. Rehabilitated? It's just a bullshit word. So you go on and stamp your form, sonny, and stop wasting my time. Because to tell you the truth, I don't give a shit.
27-11-2014 14:09
Diubah oleh Pencabul 27-11-2014 14:12
0
Kutip Balas

Quote:
Original Posted By rokujuichi93►Letter for myself

Quote:
Original Posted By baryshnikov►Hey
Maybe i cant tell you much, but, these are the most important things that you should know before.
Life wouldn't be as good as you thought, kiddo. So, be a good kid, love your family, spend your time to make a friend with someone out there, because your life is nothing without no one.
Keep studying hard, reach your goals and that would lead you to a beautiful future, more than mine.

Seriously, I do really want to kick u up!

you're doing a great job. just keep doing it. you're so lucky, you have good friends, cool life, and a great family. don't worry about those things, just do what you wanna do. and thank you for everything you did

P. S. Tell your friends to stay away from troubles.

Hey sweetie, It's me, your future. It's been 12 years. There were many bad things happened on you but just let it flows and don't hold your act if you wanna show something. Just be natural! You will realize the raise and fall of you will bring you to the great thankful you will have, and also the great experience for you.

P.S. You will have caucasian husband in your future

Spoiler for Letter To RAY -X-:
hello there...

you don't know me but I know you, and I know you better than anyone else
so before I introduce my self, try to read these short stories that
I just wrote for you, as your guide to face a true world than facing
those glowing thingy you just called computers

so believe or not, I'm yours.. Yes, it's me.. your kinda "teenage"-one in next 6 years
and want know something about us? we learn those thing we called "C++"
and it's awesome.. you know that thing, those hard-to-learn code that
simply can make computers below our hand. yeah.., we learn that, and
we make the computers obey to us

so your life next 6 years will filled by a laziness and a shy, and because of it
you even wont to move out of your chairs at all

well that also never hold you from getting a girlfriend

she loves us, very much but now she had to go far away... because of her parents job
and those things i called "LDR" you will understand it later

and don't worry we will met this girl in future because we'll met her at our "place"
i don't want talk you how but lately you'll face it, and also talk to her and
spend many times with her before she went too far

but, it's all not about it.. it's all about you.. and something I called "a life"
don't know huh? well, it's something similliar like, surviving in minecraft,
however it's real life, and doesn't have things like mobs and "creative mode"

facing and playing with computers is fun, and these habit make us looks
powerful and computation and smart in these things.
but did you know? it also make us to left away, something called "a real life"
and in the next 6 years you will face your self when facing real world like everything are primitive
but the fact is, that you are the primitive, and the world has just get better everyday
may the internet things help us, but it does not have things like "having friends" and more
facebook can do that, but they can't make us to meet them, or they can't make
us to look how they're looks like, well I believe in your time there's nothing called "camera 360"
but now they're everywhere.. and it does turn ugly to beautiful looking people
and they're making people are get scammed by their fake face

the point is, the internet stuff has going wilder than ever before, and I want you to stay awake.
never trust something like hoax things or some sort like that.
if we solve problems by using our instinct, then use that to explore the internet

and also, try to get out the house sometimes,
the world out there is still amazing thing than get looking at those new
shiny Computers we want, and until now, you're still thinking that you
would have one. but you wouldn't have one until you have money

and also you have friends. do a hangouts with them,
right now.. you face everything without a friend
well We have, but Only few, the rest are left us because our habit and love to
computers

and something I called Kaskus

(Will Explain that later

so that's all i want to tell you about future...
The Computer World is amazing thing has ever made, and the world had nothing
We Wrong. the world is much bigger than 500 GB Space filled with games and other cool stuff
and my message to you, try not to touch those keyboard tuts for a day
and go out to a place, or maybe go out from your own room, for an hours
take a deep fresh air than take those air-conditioned air
there's something you need to explore out there than just exploring the internet

the world has something wonderful and amazing that they have
and never get shy by doing something you think is horrible, because
of that, you will regret it for the rest of your life, the true fact about being
shy when doing something's horrible is that people will think "he's a brave guy, and awesome

just don't ever you get nervous or shy by doing something, let it be, and
let it happen, relax. bad things wont happen to you, if ever people will rate
you bad, then face it, like you're special like no one has nothing but you

mistakes that happen because of us, is natural because in human is natural things that doing mistakes
and remember to be spend many times with our girlfriend, she's our true
love (we'll see

but lets hope it last longer when we marry her

)
and do that before it's too late, because of her parents she's moving
away... and when it happen, don't you ever you seduce any girl near you.
never like me, right now. because it's a bad thing and keep making contact
with her, that's how you stay the connection with her

if I can go back to your time, i would rather explaining you why doing this
instead of being in front of computers. because i afraid, things I called "TS" will
throw a bata to me. and it's painful

you wont understand how that feels to you

and also, please visit a site called 'www.kaskus.-us' or 'www.kaskus.co.id'
i don't know which one, but last time i remembered that this site
has being attacked by a hacker. or search it a google

and register in that site as a new user, use an ID name called "bravemanray7"
because brave is our true character, man is our gender (of course not women

)
and ray is our greatest call in our life, and 7 resembles our lucky number
so please register in that site, and you wont regret it, it also has amazing stuff inside,
just explore it, you'll find one (but avoid something that has a name "bb17"
believe me you wont open it, for your goodness and for our good name

)
and keep posting until you have a Made In Kaskus Tag, but never junk for once
or you'll get mad by those things i Called "Hansip"

because right now, you will realize. other user will called you "sepuh"

that's all for now, i have to go... my life and NOT COMPUTERS, needs me now

Think BIG, but start from the smallest.

Enjoy your life, enjoy every seconds of it. Banyak berdoa, kurangin maen game.

I love U both from my heart, and I never ever regrets to have both of you.

Dear,
Myself In The Past

Best Regards,
Yourself In The Future

best regards
my mini me..

Quote:
Original Posted By monikahastono►Hey, hari ini adalah hari kenaikan kelas 5 sd. Doing something great and something you like to do it.
Relax and enjoy

Quote:
Original Posted By soniibrol►Dear me, 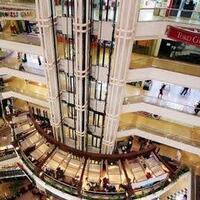 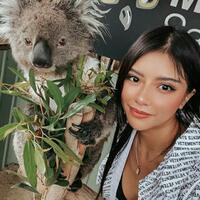 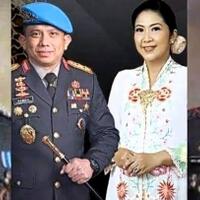