With the permission from our Regional Leader, we made this thread for our regional in order to chit-chat in English.
We hope with this thread, we can practice and hone our English so that our English will be improved.
I am myself not fluent in English, so why don't we practice together and gain better together.

So guys and gals, please have a nice chit-chat in here...

1. Use ONE ID only, whether its your prime or your clone, but please be responsible. If this is your first time stop by this thread, please do read the rules first, and introduce yourself. You may take a sneak peek to page one. We have tons of interesting stuffs there

2. No INDONESIAN whatsoever is allowed in this thread!

3. No SPAM or anything that may/ can harm an individual(s).

4. Please don't post insignificant comments such as "PERTAMAXXX", "flip the page" or emoticon only.
- Junk posts will be deleted, persistent survivors will be banned.
- If you really appreciate the poster then the least you can do is write a couple of sentences to show your appreciation.
- Good Reputation Point may be given to an individual(s) as a reward of your appreciation.

5. If you notice someone posting in INDONESIAN, please let her/ him knows that this thread is strictly ENGLISH.

7. Please use quote and multi-quote if you are referring a post(s).

8. RESPECT OTHERS AND YOU WILL EARN YOUR RESPECT.

Any violation will result in automatic post deletion. In the event that the situation persist, the offending account(s) will be banned. Ignorance of the rules excuses no one.

In addition, the rules in this thread shouldn't infringe the general rules of Regional Yogyakarta.

In affiliation with
English Forum (EFor) ♥ Tips to Improve Your English ♥

[TUTORIAL] All About Grammars & Tenses

this lovely and lively dwellers (several haven't been included though. LOL)

In order of alphabetical
I know you might don't like this since it will open a new tab every time I hotlink page one to this data base,
but for aesthetic reason, please bear it

.
I hope you find this data helpful, strengthen our bond and friendship

.
So that we all can repeat the lyrics:
"You know me so weeeeelllll"

IT'S STILL UNDER CONSTRUCTION

indicates that the person having the ID currently not in Yogyakarta for more than a month
03-04-2013 20:30
0
Kutip Balas

Thank you for your patronage
You can submit your fabulous picture wearing the t-shirt and send me some message.
I will put your picture in page one.
03-04-2013 20:30
0
Kutip Balas

Spoiler for First Gathering; 271111 @ FesKul Jakal; 7 participants:
I was bullied by the participants to release the field report________

THIS GATHERING IS ENGLISH FORUM AND REGIONAL YOGYAKARTA JOINED FORCES

We held our gathering at Feskul (Festival Kuliner) Jalan kaliurang KM 6,4 Yogyakarta from 1200 - 1500 (more and less).
xFakexBloodx was not being able to attend because he completely forgot

. Just after I phoned him, he said, "Astaga-astaga-astaga, I FORGOT!". Oh, well, he also had his own event with his family so I assumed he won't attend, which in case was true (please come for the next gathering).

Jibril managed to brought along one of the elder

called AyaConDioz (forgive me to spell your name wrong

) to attend the gathering. Coming in order from the start: Yukikawaii, then came Jibril and Aya (ihiiiiiir) and Agus waiting me outside. Not long after that, PO.Budiman came, oh wew, I didn't know it was you because you introduce your name in different Kaskus ID

. He came with scooter. After that, I called mr_dorapong, which in fact was taking a bath. No wonder it took about four rings before he picked up the phone.

:. Okay, since Jibril and Aya and the cigarettes are truly soulmates, couldn't help then. Okay, we changed seats. Not long time later, mr_dorapong came, hmm, gained weight from the last time I saw him in the first Jakarta English Gathering ______

. We started jotted down our menus. Agus and Aya didn't order anything but drinks. "Are we still waiting someone?", asked Aya. "Yes", I replied, "We are waiting for JChristie who working at Grobogan". "Where is Grobogan anyway?", added Aya. "Errrr...I believe it's at Jawa Tengah

", responded me sheepishly (because I'm also not sure where is Grobogan

Spare my geography). We did random chit-chat, and then JChristie came. Hoo... the participants were complete. When he first send me SMS, "Walking to Feskul, ETA 20 minutes. How many people already?", he was literally saying WALKING! He is a green man, love walking.

The place was decent, but without mentioning the humidity and the weather that day....even though the fan was kept maximum to its effectiveness and efficiency. I think FesKul need improvement regarding to the convenience department. But we live in tropic country, what else do we expect (OOT!). For me who happened to have my first gathering, I think I'm good with this one because the participants are enthusiast to the event. Oh, yeah, we also launched English thread at Regional Yogyakarta: ●○●○● [eRYe] English Corner ●○●○●. If someone asked about why the name is English Corner? Easy peasy. It was because we made the thread at corner and the adjudicators were happened to be at the corner too (refer to the pictures below)

Okay, enough with the blabbing.
Now, I presented you the long lasting awaited photographs

. Agus did most of the shoots. I think we should took moar pictures! Next time probably. This is the previous TS and the now TS You know...I personally think offline activity can enforce and elaborate some profundal things. Co-join and strengthen our bond-ship. Oh, my I think I did a lot of typo and new (my own) vocabulary

. I personally think everyone has superb speaking English casually. Not minding about constructing a sentence. Just let it flow. Thanks to JChristie that the topic is going everywhere and for the camera and for the notebook. Oh, also for PO.Budiman (the bus looks tough) for the notebook, without you, we can't reserve page one. I wrote the FR real-time and released it real-time (...bullied

Thank you! Thank you all. I couldn't believe we made our first gathering. Well, I believe maintaining this will be harder, need perseverance and endurance, but please-please-please, always support us

Quote:
FAQ
Do you use English all the time when holding your gathering?
Pfffft! Of course, that is the core language for this gathering. We strictly used English, everybody was encouraged. But I sometimes defied it

Who is the most fluent speaking English?
Pfffft again! You asked the very wrong question. You should asked who is having the most dangling sentences and peculiar intonation.

Okay...okay. Who is that person?
Hmmm.to tell you the truth, it's meeeeeeeeee! Yukikawaii. Pondering that I have runny and congested nose, droopy and watery eyes because of common cold, then it's no wonder.

Hmmmph! So it's mean you're only being narcissistic and avoid to admit that you are not fluent!

this discussion is going nowhere. I'm also trying to practicing my speaking there.

Pffft! Are we discussing? I thought it is about FAQ.

Quote:
Original Posted By uswahpoenya►pardon me,
it was my mistake

it's not a problem,yuki will notice this immediately

Im ready for this

You shall not passed Activist training session..

well,,,
no problemo.
I'm not an activist so I didn't know this stuff

You shall not passed Activist training session..

Quote:
Original Posted By uswahpoenya►pardon me,
it was my mistake

Hi, Ojek.
Why did you blame yourself? Did you do something wrong?
In fact, I need to say my gratification and thank you for texting me last night in case of thread locking due to surpassing the maximum posts.
Thank you. Here's a kitteh for your morning: 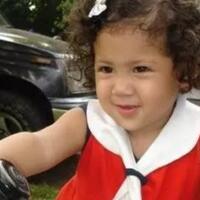 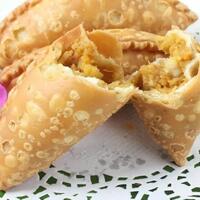 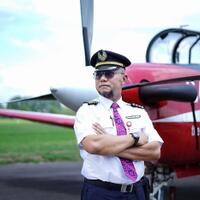