First announced at TGS '09, Dynasty Warriors Online was planned as a PlayStation 3 exclusive, but it looks like Koei (now Tecmo Koei) had a change of heart; the beta will be PC-only, with no word on the original PS3 plans.

DWO will be totally free-to-play once released and boasts 24-player PVP battles, including classic DW peons as bots. In addition, players will have an in-game level system and a variety of battle modes, from "solo challenges to territorial control and conquest."

It'll still feature the same fast-paced crazy action Dynasty Warriors fans have come to expect from the series, and the visuals look pretty good for a free-to-play MMO too.

* Vicious Head-to-Head Combat : Unleash your skills in hard-hitting 4-on-4 brawls and 12-on-12 clashes against opposing players
* Epic Online Battles : Wage war supported by massive NPC armies across several game modes, including PvP, territorial control, story-based battles and more
* Dynamic Character Growth : Fight with a broad variety of weapons and level up your warrior mid-battle - start each skirmish with basic attributes and collect power-ups from the field
* Rewrite History : Change the dominant faction of the Three Kingdoms based on players' in-game performance and victories 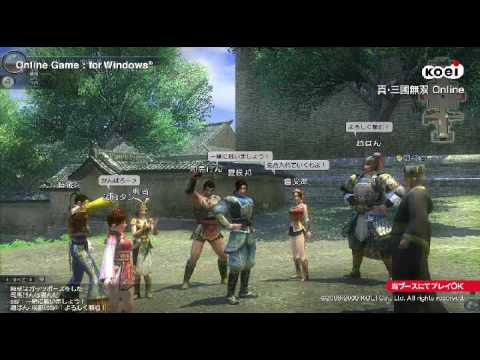 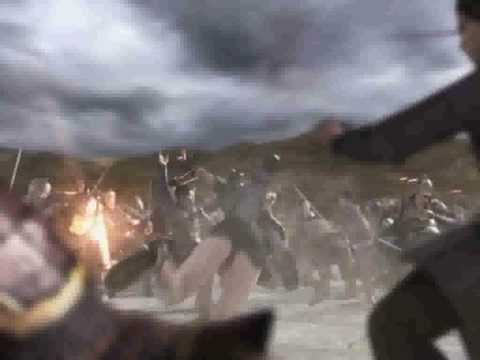 Spoiler for Warrior of Kaskus: How To Reduce Lag

Will You Be Able To Use A Controller With This Game Like A PC Controller??

Answer no.1 : YES, the game is going to be controller compatible

Answer no.2 : any controller as long as its compatible with a PC.

meaning an Xbox360 controller would work (though the wireless model wouldnt).

not sure about PS3 controller.any 3rd party controller for the PC will work.

Just fill in the relevant details, download the file and install it on your PC

You can try this first if you dont want to download the software separately.

Once the software is installed you can plug your Xbox 360 controller into your USB port on your computer. To ensure it is working correctly select Game Controllers in the Control Panel in Windows.

You can also use your wireless Xbox 360 controller to play PC games but in order to do this you will need to purchase the wireless gaming receiver.

So if you are struggling with mouse and keyboard controls why not try one of these solutions and use your Xbox 360 controller instead?

This game is more concentrating into Liu Bei (Shu), Cao Cao (Wei) and Sun Jian (Wu) forces and also some other forces like Dong Zhuo and Yuan Shao. The story is actually followed by the timeline, so if you're in the year 204 in the game, some events that happened in that year might be appeared.

Character Customization
There are many possibilities you can customize your own character, like the hairstyles, faces, eyes and the skin colors, you can actually choose and adjust any color as you like. What makes it sound even better is the voice acting! There are over 20 kinds of accents from different states you can pick up for your character.

After you've done with your character, you will start the game in your own room. There are weapon cabinet, cupboard, desk and bed which enable you to check on your weapon, costume, contact with your team members and quit the game.

The graphics of the town are very well polished. The scenery, lighting effects and shadow look exactly like a real one. Every NPCs (Non Playable Characters) in the town are new and different designed. The buildings make you think that you're exactly in the ancient China period.

Battle System
When you're in the town, you can actually walk around, like going to market (if you got money) and even the pub. You can actually talk to the citizen (NPCs) in the town and know what they're doing and you're able to meet some online friends and make a team.

When you're ready, just go and talk to the general so he can register you to join to the battle. You can actually go into the battlefield as many times as you want as training but when there's an event, you'll be automatically assigned to participate in the mission. Most of the officers, like Zhao Yun, Xiahou Dun can only be seen in the mission, they don't appear when you're in your own training.

In the battle, you fight whatever as you want, but team work is somehow important although you won't die or being kicked out from the game. When you failed the mission, all the points you collected in battle will not be counted, that means you're not able to level up!

The various items you collected from the battlefield usually enable you to upgrade yourself, sometimes you can even upgrade your face look, make it even unique, some weapons and new costumes can be collected as well.

Level Up in Battlefield like DW PSP? Rank System? Tips..?
Yes, you choose your favorite weapon and best outfit then you go to the battlefield from Level 1 on everything in the beginning everytime like Dynasty Warriors PSP. But, don't worry, it's actually better, cause you can pick up those stones from the battlefield and it'll level up your ability, so it's more fun actually... The rank is based on your performance in the battlefield... If you followed the mission like luring Xiahou Dun to one location as ordered, and you achieved most of the mission, it'll be actually easy for you to obtain the rank S. Well, if you have low life point, just head back to your own camp so you can get your life recovered (maybe +10 points per second). But the bad thing is if you want to defeat the enemy as they're in their own camp, then it'll be hard to defeat them because they will get their life point recovering every second while they are in their camps.

Mission?
Well, missions are actually based on the funds that your force got. If you're under Liu Bei (Shu) and you keep failing the mission, your force might be lack of funds as it won't allow you to join the battle, even the training.

Graphics
As mentioned, the graphics are very well done! If you feel bored in the game sometimes, you can actually walk around and enjoy the scenery, like going to the seaside. The game makes you feel that you're really at the seaside with the very neat sound effects.

By clicking the right mouse key and dragging around, you're able to see all the views in 3D. You can even check on your character's face in very close dimension and you'll see how neat and how beautiful the graphics are.

The battle rock music are somehow addictive and they make you feel you're in the mood to hack-n-slash all the enemies, like "I'll kill y'all and y'all gonna die!" But, then you're in the town, walking around and you'll feel yourself actually start humming with those tunes already.

The sound effects as I said is fantastic, but overall there are no voices when you're in the conversation with the people in your town because the dialogue is in text mode. Also, if you want to communicate with your team members, you have to use your keyboard to type, like you're chatting in Windows Live Messenger.

My Thoughts
I've played all Dynasty Warriors series and some series of Romance of the Three Kingdoms. I believe that Dynasty Warriors Online is going to be one of the very kick-ass online games because KOEI has really put so much effort to it as you can see it's so well-designed. but if you're a true fan of it, you should go and have a try, and I'm pretty sure you'll discover something fun from Dynasty Warriors Online.

The Kingdom of Wei
In the years following the collapse of the Han Dynasty, chaos and anarchy spread throughout the country. Regional warlords had amassed considerable power in the wake of the Yellow Turban Rebellion and there no longer existed a strong central government. Out of this period, emerged Cao Cao, who swiftly rose to prominence and unified all of northern China under his banner. The territory he seized would form the foundation of what would become to the empire of Wei.

The Kingdom of Shu
Before acquiring a title and land of his own, Liu Bei recruited an army to help defend the Han against the Yellow Turban Rebellion. Among the many warriors that swore allegiance to him were Guan Yu and Zhang Fei. The three would vow a pact of brotherhood, one that would forever be recorded in history as the Oath of the Peach Garden. Following the death of Dong Zhuo and the advent of Cao Cao, Liu Bei and his oath brothers formed the kingdom of Shu, seeking to restore the splintered empire to its former glory.

The Kingdom of Wu
The territory that would form the seat of the Wu familys power was originally held by provincial governors that could not muster enough strength to vanquish one another. Sun Jian, a warlord who had earned considerable fame during the wars against the Yellow Turbans and Dong Zhuo, moved his armies into this area with the intention of merging the rival provinces. After his untimely death in battle, Sun Jians children, namely Sun Ce and Sun Quan, took up his cause and eventually established the empire of Wu.

Others
The chaos of war has given rise to all manner of heroes and villains. The Three Kingdoms is comprised of numerous important figures that defy simple classification in one faction or another.