Complete virus protection for your desktop

avast! antivirus software represents complete virus protection, offering full desktop security including a resident shield with anti-spyware technology. It can be downloaded and used free of charge for a 60-day trial period. At the end of the trial period, a license key must be purchased to continue using the product, which will be then valid for a further 1, 2, or 3 years. Daily automatic updates ensure continous data protection against all types of malware and spyware.

Complete antivirus software for free
avast! antivirus Home Edition represents the best FREE antivirus protection currently available on the market. This edition is FREE OF CHARGE for non-commercial & home use only. Both of these conditions should be met! If you are not a home user or if you use your computer for business purposes, we offer a wide range of more suitable products providing higher data security, starting with avast! Professional Edition.

For Linux and Mac User

The antivirus kernel of avast! for Linux is identical to the kernel for Windows systems.

The latest version of the avast! antivirus kernel features outstanding detection abilities, together with high performance. You can expect 100% detection of In-the-Wild viruses (viruses already spreading between users) and excellent detection of Trojan horses with minimum false positives.

The kernel is certified by ICSA Labs; it frequently takes part in the tests of Virus Bulletin magazine, often yielding the VB100 award.

User interface
The Simple User Interface is used to start on-demand scanning, to work with the results and to change the various scan options.

The user interface requires GTK+ 2.x libraries. If you do not have these libraries installed on your system, the libraries from the installation package will be used.

The program is very flexible and has many additional arguments and switches. It is able to generate extensive report files that can be used for analysis.

The scanner is able to run in STDIN/STDOUT mode as a pipe filter. This mode is intended to be used in shell scripts.

Automatic updates
Updates of the virus database are another key need in virus protection. Avast! is usually updated at least 3 times a week (even more frequently during virus outbreaks), providing you with the most up-to-date definitions to efficiently protect your system against the latest threats.

Virus chest
The Linux version also has a chest directory where suspicious files are stored. These files can be deleted, or it is possible to work with them later. It is also possible to submit the files to our virus lab for further analysis.

In response to the increasing number of Mac users with Microsoft Windows installed on the same platform, ALWIL Software has introduced a Mac+PC Edition of avast! antivirus.

The avast! Mac+PC Edition license comprises both the avast! Mac Edition and avast! Professional Edition and will enable you to SAVE 37% compared to purchasing both products individually.

The Mac+PC Edition product license is for Mac users ONLY with BOTH the Mac operating system and MS Windows installed on the same machine.

avast! Mac Edition and avast! Mac+PC Edition are based on the multi-award winning avast! technology, to provide protection for your Macintosh against the latest malware threats. avast! antivirus has been voted the best anti-virus product, both in Europe and in the United States, and won the European best anti-malware category outright in the coveted SC Awards.

Both antivirus editions are available with a license for 1, 2 or 3 years.

Some key features of avast! antivirus Mac and Mac+PC Edition
Full on-access scanning - scans files for any infection at the time they are accessed

On-demand scanning - scheduled or ad-hoc scans of your system
Integrated mail protection - stops infections at one of the main access points
Virus Chest - a place for safe storage of infected or suspicious files, to prevent further virus spreading
Full automatic updates - of both the program and the virus definitions
Full control of the scanning options - set avast! to work in the way you want 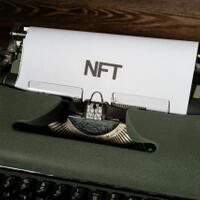