In Ethiopia and Kenya, the attractive illusion of the “China model” has had grave financial consequences.


The strategy of “infrastructure-led growth” (growth, not economic and social development) seems to be showing its limits in Africa, where China has largely been instrumental in promoting it.
This strategy is based on the Keynesian multiplier theory whereby any increase in aggregate demand would result in a more than proportional increase in GDP. In other words, any investment in infrastructure would induce growth, regardless of its true economic and social profitability. The implementation of this theory greatly explains why China has been able to maintain very high growth figures over the last 15 years. Whether or not infrastructure investment is redundant, whether it takes place in China or abroad, the result for China is the same. Thus, by financing African infrastructure investment, China is causing an increase in demand for the goods and services it produces and thus an increase in its own GDP. This is the virtue to systematically tying the granting of a loan with an almost exclusive sourcing of goods and services produced in China. It should be remembered that this tying practice is normally banned for OECD/DAC members (which do not include China) and that only France and the United Kingdom would actually comply with this rule.
This infrastructure-led strategy has been prescribed in Africa by the World Bank and supported since 2008 by its former chief economist, Lin Yifu (Justin Lin, who since the end of his mandate has become a very active lobbyist for Chinese companies in Africa through his own think tank). However, the least favored African countries — Ethiopia will serve as an example here — do not enjoy an economic environment as favorable as that of China. Admittedly, over the last 10 years (2000-2019), as a result of the Keynesian multiplier, the average annual growth rate of Ethiopian GDP has been around 6 percent. This remarkable growth was coupled with an equally striking increase in imports, largely to support infrastructure investment. However, over the same period, neither the growth of exports (17 percent growth in 2019), nor that of personal remittances, foreign exchange reserves, or even foreign investment can fill a growing financing gap. At the same time, the external debt service (almost half of which will be for China alone in 2019) is soaring in the country’s finances. Ethiopia was forced to devalue its currency, the birr by 15 percent in 2017.
Both the first Growth and Transformation Plan (2009/10-2014/15) and the second (2015/16-2019/20) were based on the idea that investment in infrastructure (in particular the Addis Ababa-Djibouti railway line and electrification) would attract foreign investors to special economic zones where production would be generated for export, which should have made the infrastructure profitable. However, apart from aberrant timing (a Chinese loan initially for 15 years, then rescheduled over 30 years, for railway infrastructure that needs 50 to 75 years to be amortized), this strategy has shown its limits, which are highlighted by the rather pathetic performance of the footwear sector, despite its promotion to the status of a herald of Ethiopian industrialization and Sino-Ethiopian cooperation.


Lin Yifu’s first trip when he was appointed chief economist of the World Bank was to Ethiopia the very day after his appointment in June 2008.

In March 2011, again in his capacity as World Bank representative, he reportedly recommended to Ethiopian Prime Minister Meles Zenawi the setting up a special economic zone and making specific use of Chinese companies.

Lin also suggested that Meles develop the footwear industry with the skins produced in abundance by Ethiopian cattle, sheep, goat and camelid farms, and he encouraged the prime minister to visit manufacturers in this sector in China.

In August 2011, taking part in the opening ceremony of the Summer Universiade held that year in Shenzhen, Meles met Zhang Huarong, a shoe manufacturer, whom he invited to Ethiopia. The following month Zhang flew to Ethiopia for a week, where he found that the wages were only a tenth of those paid in China and that the skins available are of good quality. In November, the Huajian International Shoe City (Ethiopia) was born, with the first pair of Guess shoes coming off the lines the following May.
Today, for Huajian and the other shoemakers, hopes seem to have been partly dashed. Demand has increased, the quality of the hides has been affected, strikes have broken out, some of Huajian’s renowned customers have decided to change suppliers, and the railway line between Addis Ababa and the port of Djibouti — through which exports must pass — is barely operational because of a lack of electricity. In spite of these pitfalls, exports tripled since the arrival of Huajian, but in 2018 they accounted for just over 1 percent of total Ethiopian exports; their economic impact is therefore minimal and they cannot be relied on to amortize infrastructure investments.

Much more impressive, in contrast, is the simultaneous soaring of footwear imports, almost 90 percent of which are Chinese: four times the amount of exports in 2018! While Chinese shoe manufacturers have set up shop in Ethiopia, where they are having difficulty exporting their production, none of them seem to be thinking of manufacturing shoes for the local market. Neither did the Ethiopian government, which should have seen this as an opportunity to implement an import substitution strategy. This classic approach, once adopted by the small Asian dragons to develop, has one advantage: it limits investments in infrastructure, or at least develops them not in anticipation of possible demand, which is all the more uncertain because it is external, but after domestic demand has actually emerged. This brings us back to the question of the railway line.
The IMF, in a report on Ethiopia issued in early 2020, now acknowledges the limits of this “public investment-driven growth model.” Perhaps it would have been better to question the relevance of the choices from the outset. No doubt it would have been wise for the Chinese advisers and the Exim Bank of China to have initially checked the profitability of a railway project (or even its actual feasibility) before financing it. Yet the parties involved powerfully encouraged Ethiopia (and also Djibouti) to choose a solution that was certainly splendid – and a perfect showcase for Chinese technologies — but absurdly expensive for very poor countries in view of its very limited profitability. Ethiopia is now classified as a country at high risk of financial distress.


But then again, how could Lin Yifu, the World Bank, and the Exim Bank have conceived, supported, and financed such a railway project without considering that Ethiopia would eventually reconnect with neighboring states and thus be able to challenge the de facto monopoly that the port of Djibouti enjoys over Ethiopian exports?

In March 2019, Ethiopia announced that it would build a new road to Berbera with the support of the Abu Dhabi Development Fund and DP World, which is developing the Berbera Port. However, as early as 2015, the African Development Bank was concerned about the consequences of this competition and construction for Djibouti’s future. In June 2019, Ethiopia also announced that it was building a railway line between Addis Ababa and Port Sudan with the support of the African Development Bank and the New Partnership for Africa’s Development (NEPAD). Also in 2019, it was reported that a new railway between Addis Ababa and the port of Massawa in Eritrea (as long as the railway line between Addis Ababa and Djibouti) was planned, the study of which is being financed by Italy. Finally, while Ethiopia and Djibouti have gone into financial distress over the Chinese railway line, Addis Ababa has secured an African Development Bank injection of $98 million for the development of the Ethiopia-Djibouti road corridor, through which 90 percent of Ethiopia’s imports and exports still pass today. In short, not only does Ethiopia produce neither enough electricity nor enough goods to power its magnificent but ruinous railway line, but it also plans to finance three routes to competing destinations at the expense of Djibouti’s ports and terminals. It is clear that neither Lin Yifu, the World Bank, nor the Exim Bank were able to effectively advise Ethiopia, as the initial project failed both to take into account the likely evolution of Ethiopia’s geopolitical situation and to accurately assess the country’s economic potential.
Although the details are different, the story of the construction of the railway line between Mombasa and Nairobi (entrusted to a Chinese company and financed by Exim Bank) is similar. When the Kenyan government came up with the idea of upgrading this line, building a brand new standard gauge railway was not considered an economically sound strategy. In August 2013, a cost-benefit analysis described four alternatives. The first was a plan to rehabilitate the existing metric gauge network; the second was to upgrade the existing network to a higher standard using the same gauge; the third considered upgrading the existing network to a standard gauge system on the same network; and the fourth proposed building a standard gauge railway on a new line (the option ultimately chosen by Kenya).
The comparative analysis of investment costs and expected benefits then concluded that a new standard gauge railway would require three times as much growth to be financially viable. Although a renovated metric gauge network would have been the most appropriate option in economic and financial terms, the government justified its final decision by saying it was confident that GDP growth would be high.
Debt distressed African countries certainly bear responsibility for their own debt, but China and the World Bank, which have lulled and fed their illusions with the success of the “Chinese model” without putting its implications and transferability into perspective, also bear a very large part of it, if not perhaps the main part. The strategy of infrastructure-led and Chinese-financed growth has clearly shown its limits, as it has too often failed to assess the relevance and profitability of the projects it promoted. 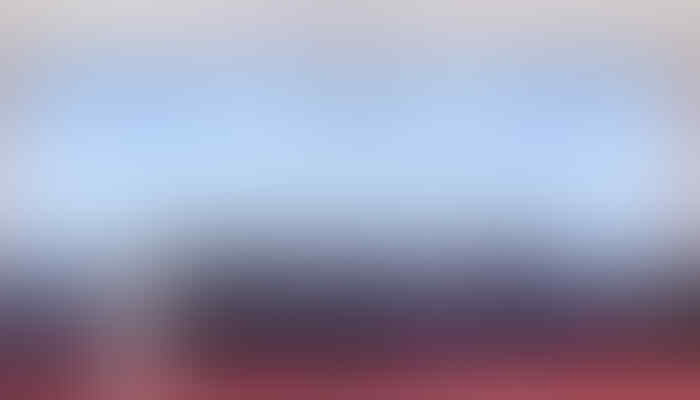 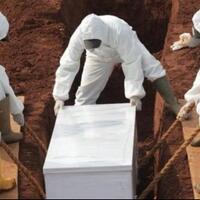 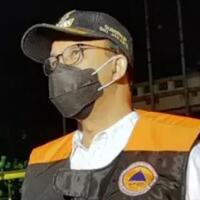 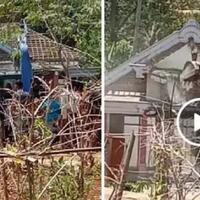 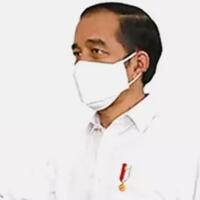 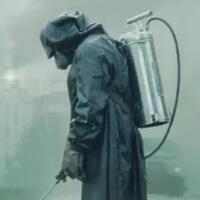 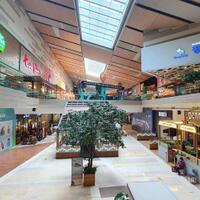 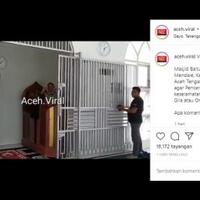 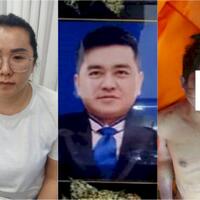