The rifle of the special operator

The Special Forces Combat Assault Rifle, or SCAR, is a modular rifle made by Fabrique Nationale de Herstal (FNH) for the U.S. Special Operations Command (SOCOM) to satisfy the requirements of the SCAR competition. This family of rifles consist of two main types. The SCAR-L, for light, is chambered in the 5.56x45mm NATO cartridge and the SCAR-H, for heavy, fires 7.62x51mm NATO. Both are available in Long Barrel and Close Quarters Combat variants. The FN SCAR system completed low rate initial production testing in June 2007. After some delays, the first rifles began being issued to operational units in April 2009, and a battalion of the US 75th Ranger Regiment was the first large unit deployed into combat with 600 of the rifles in 2009. While purchases of the MK 16 SCAR-L variant by the US Special Operations Command have been canceled, US SOCOM will still buy the MK 17 SCAR-H variant and some subordinate Spec Ops commands are still looking to buy the MK 16 SCAR-L variant and or keep the existing MK 16s they have already purchased. Spoiler for :
Post Triggs' - FN Herstal SCAR Guide
This is a VERY quick overview of the various types and brands of FN Herstal SCAR's available; I will be attempting to keep it up-to-date if possible.

NOTE When I say coloring I do mean the TAN version SCAR not the BLACK version. Black is black that much isn't going to change.

Pros:
- It's a clone of the Classic Army
- It also incorporates some of the DBOY innovations like the easy-to-access battery compartment.

Cons:
- It's a clone of the Classic Army, meaning the hop-up is again a non-standard M4 design.
- AGM quality is questionable. In its price range there are better companies available.
- The Tan coloring is a bit hard to tell, but a few pictures also make it look like the G&G with its odd gold(ish) coloring. This may not be a con; it just may be a bit odd to some people.

Honestly I wouldn't trust the AGM SCAR. I've had a few AGM's and the internals leave a lot to be desired. However, as a budget AEG it might not be bad and could be a good buy.

Pros:
- Built like a tank, both internally and externally.
- Both a -L model and -H model (-H is now available with version 2/extended version 2 gearbox compatibility)
- Factory 60-day warranty

Cons:
- CA quality has been hit or miss lately, it may work, and it may not. They seem to be working much harder this time on quality control, but a few bad shipments last year really hurt their image.
- Externals aren't nearly as realistic in terms of breakdown or the tan coloring as seen on the VFC, and appear to model the Gen1 coloring.
- Internals are of a non-standard design. Gearbox is version 2 and upgradable; the hop-up however is not and is of a custom design.
- Wiring and battery: Two downsides here, as long as you keep the stock closed its fine but folded, the wiring is exposed and could get caught on something (highly unlikely). Getting to the battery is also a pain and takes an Allen wrench, so like the VFC field changes will be a pain.

In short the CA is a bullet proof replica, however it's non-standard hop-up could be a problem should it break (unlikely but it is a con). It's also a generation 2 SCAR and some people may not like the older look and feel of the Gen 2.

Pros:
- Clone quality has come up recently and the SCAR is no exception, the DBOY SCAR is showing to be a good replica internally.
- Cheap, if you're on a budget it's in a good price range.
- SCAR-H is a VFC clone and rebranded by Echo 1 so spare/replacement parts will be available
- Semi-accurate externals, the coloring looks good, not as good as the VFC, but better than the G&G.

Cons:
- For starters it is a clone, but with some care it should last. You'll want to have it checked over by a local store or a good tech. But from the field, I've seen no failures and they're pretty solid
- Second it is a clone of the CA so still a Gen 2 design, but also the same non-standard hop-up (would make a good donor for the CA)
- Internals of the SCAR-H is a clone of the fragile VFC design and isn’t as strong as the CA SR-25 based SCAR-H
- The stock on the SCAR-H will not lock into the folded position, a direct clone of the VFC problem

In short if you're on a budget go for it, it's probably the best option out there. Externals are good, internals with some care could put up with the same abuse. Downside is how long, it could be very short it could be very long depending on the fluke at the factory as quality control isn't as high as some other companies.

The only real difference between the DBOY and Echo 1 is the Echo 1 comes with a warranty and possibly slightly better internals (not confirmed in any test case). The recently released SCAR-H is indeed the rumored VFC clone and another faithful rebrand of the DBOY.

Pros:
- Superb internals, possibly the best out there in terms of quality and durability out of the box.
- Solid externals, the G&G has no flex and feels worlds stronger than the VFC.
- Standard version 2 internals, even the hop-up appears to be the standard M4 hop-up. Great news for upgrading.
- Out of the box a solid shooter. Factory 6.04mm tight bore.

Cons:
- The tan coloring is really out there, it appears to be colored more like a generation 4 SCAR rather than a Gen 2 (CA) or Gen 3 (VFC). - But I've only seen rumors of the Gen 4 coloring.
- Only a -L model available

In short if you want internal quality get the G&G, the downside is you don't get a very accurate colored SCAR, it almost appears gold.

Cons:
- Quality is extremely low
- Externals are out of proportion and coloring is off.
- Internals are of poor quality and untrustworthy.

In short, don't buy it; it's a total piece of junk.

Pros:
- The only SCAR out there that comes with an EGLM grenade launcher.
- Possibly even better externals than the VFC in terms of looks and coloring.
- It comes with midcaps from the factory!

Cons:
- ARES internals haven't been known to be all that solid, in short I don't trust them at all.
- EXPENSIVE, I can't begin to describe the price its way out there at about $600-$750.
- VERY weak body, even more flex than the VFC SCAR. Supposedly this has been fixed since ARES took back over marketing from STAR, but it is still unknown.
- Proprietary design, mags are non-interchangeable on the SCAR-H. so only STAR/ARES SCAR-H mags will fit

In short I wouldn't waste the money, the only thing it has going for it is the EGLM grenade launcher or as a wall hanger.

Cons:
- Expensive, at roughly $600 it is one of the most expensive SCAR's on the market
- Proprietary parts, unlike most it uses the new version 10 gearbox and parts are limited

Tokyo Marui is known worldwide as a leading producer of accurate and quality airsoft replicas, and the SCAR-L and SCAR-H are certainly no exceptions. It shoots a bit hotter than their previous replicas, but it far below anything else on the market while maintaining supreme range and accuracy. The price is an issue, as is the proprietary design. However, the TM SCAR-L/H offers a semi-realistic recoil unlike any other AEG on the market.

Pros:
- Great exterior, probably the best out there in terms of realism.
- Innovative stock, there are no wires to get snagged on.
- Standard version 2 internals. Should anything break there are plenty of OEM and aftermarket parts to replace them. VFC pretty much sells the SCAR piece-by-piece.
- Nice extra's: The -L comes with an extra CQC barrel while the -H comes with a mock suppressor (Hong Kong version only).
- VFC now offers an EGLM grenade launcher SEPARATE from the rifle, good news for a lot of people.

Cons:
- For the price the internals are mediocre, honestly they aren't any better than other companies, clone or not. In all honesty the CA internals are shown to be better built.
- Again for the price, they come with a case, nice but it's pretty much junk, the rifle flops around in the case simply picking it up, not very protective.
- You're stuck paying the big bucks for VFC midcaps/highcaps unless you feel like modifying the mags or the magwell for SR25 mags.
- Wiring and battery: As stated before the VFC has a wireless stock design which is great, the downside is getting to the battery is very risky on the field, you can easily loose the pin securing the buttpad on.

Basically if you want a wall hanger it's absolutely hands down the best looking SCAR, but internally it really isn't all that great and may be a bit fragile. Especially for the price tag.
FPS wise it shoots right around 350 so it is perfect for CQC or outdoor combat, from reports it's accurate and consistent. VFC is also the only company to produce the SSR (Sniper Support Rifle) variant and do offer it in a higher velocity around 400-440 (reports vary).

Pros:
- Good looking externals for a Gen4 SCAR
- Fire selector replicates the latest Gen4
- Second company to offer a full lineup of SCAR’s
- Looks to be completely version 2 compatible (unknown at this time however)

Cons:
- It's a WE, this means lower quality internals
- SCAR-H/SSR model uses proprietary mags, and is not compatible with VFC, STAR/ARES, or CA mags.

It’s great to see WE trying to make something other than GBB’s and competition in the SCAR market is good. As of right now there is very little information on the new AEG’s, so hopefully some of the details can be filled in soon. It is a bit disappointing to see proprietary SCAR-H/SSR mags considering how few companies make them, and how limited the supply is already. But, it is great to see the latest fire selector.

Pros:
- The ONLY gas blow back SCAR-L out there
- Cool to fire, the blow back is crisp and consistent
- A real eye/ear catcher on the field
- SCAR-H just announced
- Open bolt version and open bolt kits for older model conversion have been released

Cons:
- It's a WE, this means lower quality internals
- CO2 model is known to blow apart the stock supports due to the increased pressure, green gas model is fine.

While the WE SCAR is a dependable field rifle in comparison to other GBBR designs, the lack of recoil may be a drawback for some. The marketing of the CO2 model is a great idea, except when you consider the fact that you're rifle falls apart in your arms. Having seen and fired one, they are interesting. But the expense of the mags ($68 apiece) coupled with the usability of a GBB year around makes this more of an eye candy rifle than a skirmish rifle.

NOTE When I say coloring I do mean the TAN version SCAR not the BLACK version. Black is black that much isn't going to change. 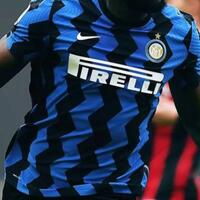 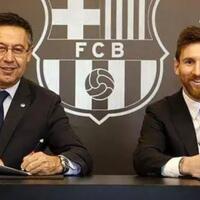 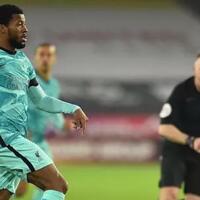 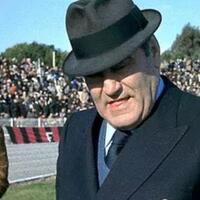 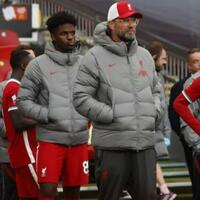 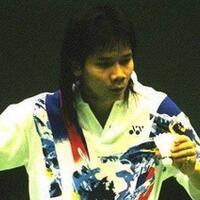 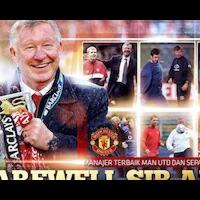 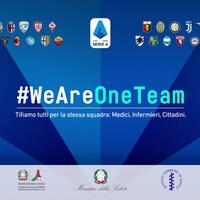 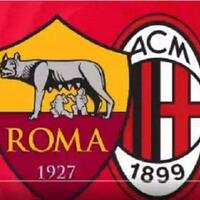