Play Phantasy Star Online 2 and experience revolutionary combat in an action-driven, free-to-play multiplayer online RPG from SEGA.
Take a journey into an immersive sci-fi fantasy narrative and explore mysterious worlds to unravel their secrets.
Join fellow adventurers and fight against the legions of darkness to banish them from the galaxy.

The Hero You Want To Be

Earlier yesterday, SEGA held its annual live event with fans, and once again revealed loads of details for Phantasy Star Online 2's upcoming content. Episode 3 was announced for late August, in which a new class, 2 new weapons, a new planet and more will make their appearances.

The new class is translated as “Bouncer”, which also means bodyguard. The 2 new weapons are Dual Blades and Jet Boots (really rare weapon type these days).1 of the Dual Blades skills can apparently absorb/ drain PP, while Jet Boots can perform attacks from the air and activate support skills.

The new planet is apparently based on Japanese cultural myths and legends, as seen in the monster “youkai” and building designs. There are 2 warring factions on this planet, loosely translated as “Black” and “White”. There are also many twitches, such as bonus EXP in parties, accessory slot 4 etc.

Humans are balanced towards physical strength and photon, they can adapt to every class.

Newmans are skilled in handling the photon.
To compensate for their physical weakness, their photon sensitivity is high, unrivaled by the other races.

Casts are the machine race, but since their bodies are artificial, their handling of the photon is weak.
To compensate for this, they have an exquisitely firm body.
Classes
Quote:
Hunter

Hunters are mainly for close combat. With high defense and HP, their soloing ability is high.
Their weapon types include Sword, Wired Lance, and Gunslash.

Rangers make full use of gun type weapons. This class attacks mid-range.
Their shooting ability is at an all time high, and they can even aim precisely at enemies. Their weapon types include Assault Rifle and Gunslash. Forces make full use of the photon to fight. This class is great to use for long distance combat.
And by utilizing photon, they excel at using technics. Their weapon types include Rods and Gunslash.
Screenshot
Spoiler for screenshot: 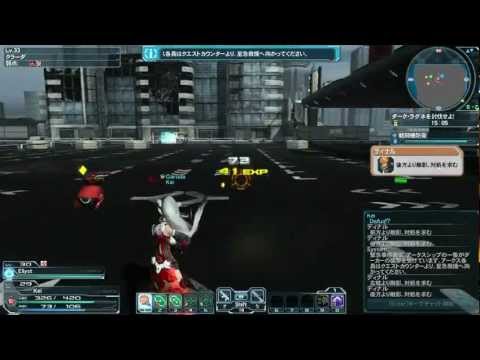 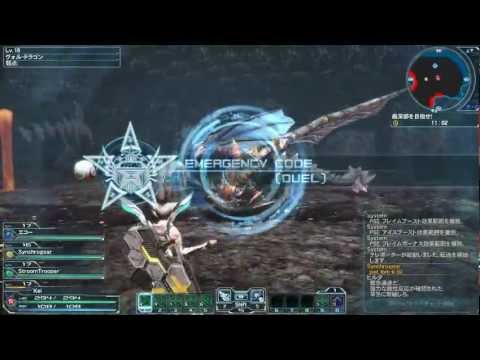 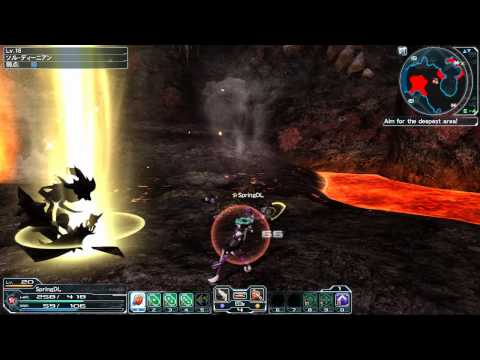